Ronnie (or “Veronica” as Mrs.

Ronnie (or “Veronica” as Mrs. B always insisted on calling her) is all grown up with a family of her own, and the Christmas she babysat for the Baumgartners is just a pinpoint in her memory. That is, until a persistent suggestion of a threesome by her husband, T.J., brings it all flooding back. When she reveals how the Baumgartners and the nanny, Gretchen, had seduced her during her time in Key West, her husband takes it upon himself to make some phone calls. Opportunity, or perhaps fate, presents itself, and Ronnie and her husband get an invitation to join Gretchen and the Baumgartners on their vacation. Ronnie finds herself torn, once again, between what she wants and what someone else wants for her--or are they, after all, one in the same?--------Warning: This title contains erotic situations, graphic language, sex, and so much a ménage a trois (MFF threesome) action you just may begin to chafe!--------EXCERPT:“Come on, Ronnie…” His hand massaged my scalp, his eyes tender but questioning. “We've been married for almost seven years. You can't tell me you've never been attracted to anyone else? I know you have!”I blinked, trying not to think about the way Hector at work smiled and winked whenever I passed his classroom, how he often showed up in the tiny copy room the same time I did, brushing up against me from behind, his hand cupping the side of my hip, to get a ream of legal paper. So I felt a little twinge when he did, a warmth between my thighs, a tug in my belly. It didn't mean anything. It didn't mean—“Just because I'm attracted to someone doesn't mean I'm going to act on it.”TJ's eyes searched mine, lazily rubbing the head of his cock back and forth against my lower lip. “But why not?”“Because we made a commitment.” I raked my teeth lightly across the spongy tip and he jumped.“Don't be so literal.” He rolled me over, pressing his weight onto me, opening my legs. I acquiesced with a sigh, loving the feel of his hardness rubbing up and down between my slit, but hating his words. “Our commitment is what we say it is…” His lips murmured against the pulse in my throat and I let my fingers brush the fine hairs at the back of his neck, soft as a baby. “I'm not talking about not loving you. I'm talking about sex.”His words were supposed to reassure me, but I felt my throat constrict. “So basically, you're saying I'm not enough for you.”“No, baby.” He rocked, slow and easy—god, he knew how I loved that, opening me, a slow split, a gentle friction, up and up. “You're more than enough…”More reassuring words—but why didn't I feel reassured? His mouth covered mine, the kiss deep and searching, his tongue slowly drawing me in, drawing me out, teasing me as he rubbed his stiff heat between my thighs. It throbbed there, insistent, making me squirm.“God, you're so sweet…” His words were hot against my ear now, his teeth gently biting and tugging at the lobe. “I never want you to think you're not enough, you're so very much more than enough…”His cock found me with a shift of his hips, seeking entrance, and I gasped as he slid forward until he felt resistance, about halfway there. His breath caught and he gave a low moan that went through me like shiver, and still, he didn't stop talking, telling me… “There's no other woman like you. I want you and I want to share you, baby. I want the whole world to know how good you are, how sweet, how fucking hot…” He pulled back and plunged forward, so deep I clutched his shoulders, digging my nails in. TJ's eyes sought mine, dark and full of hunger. “How fucking mine you are.” 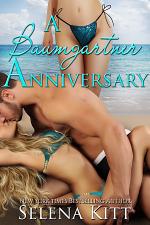 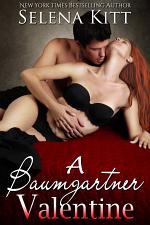 Authors: Selena Kitt
Categories: Fiction
Henry and Libby have a Valentine's Day tradition. Every year, this young, college aged couple share and explore a special fantasy with one another. This time, though, Libby has discovered something shocking about the Baumgartners, leading her to speculate wildly about Henry's real feelings. What she uncovers will lead them

Authors: Selena Kitt
Categories: Fiction
Henry's in trouble. He's gone from being a big fish in a little pond in his home town to being a very small fish in a much bigger pond at college, and he's just not keeping up.Instead of passing him through his classes because of his athletic ability like they 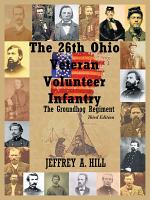 Authors: Jeffrey A. Hill
Categories: History
Here is the third edition of the history of a group of men who valiantly fought to preserve the Union during the American Civil War. The first edition was published in 2010 to wide acclaim. An updated second edition was printed in 2013. Now, seven years later, this third edition