Historical , Monumental , and Genealogical Collections Relative to the County of Gloucester by Sir Ralph Bigland ... Vol . X ( 1972 ) , edited by Elrington and N. M. Herbert , covers Upper Severnside , i.e. the area around Newnham and ...

Gloucestershire 2: The Vale and the Forest of Dean and its companion, Gloucestershire I: The Cotswolds, provide a lively and uniquely comprehensive guide to the architecture of Gloucestershire. Alan Brooks's extensively revised and expanded editions of David Verey's original volumes bring together the latest research on a county unusually rich in attractive and interesting buildings. The area covered lies on both sides of the River Severn, rising from flat alluvial lands to the lower slopes of the Cotswold Escarpment on the east and the rough wooded hills of the Forest of Dean on the Welsh border, with its distinctive industrial inheritance. Architecture is generally more varied and unpredictable than in the Cotswolds: stone, timber, brick and stucco all have local strongholds. The Vale is most famous for its two great churches, Gloucester Cathedral and Tewkesbury Abbey, both Norman buildings with brilliantly inventive late medieval modifications. The other major settlement is the spa town of Cheltenham, with its fine parades of Regency terraces. Country houses include Thornbury Castle, greatest of Early Tudor private houses, timber-framed manors such as Preston Court, and the extravagantly Neo-Gothic Toddington; churches range from the enigmatic Anglo-Saxon pair at Deerhurst to Randall Wells's Arts-and-Crafts experiment at Kempley. Amongst the memorable post-war landmarks are the suspension bridges and nuclear power stations on the banks of the Severn, and Aztec West, one of the best British business parks, on the northern fringes of Bristol. Visitors and residents alike will find their understanding and enjoyment of west Gloucestershire transformed by this book. 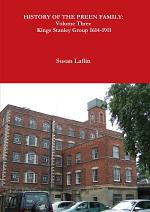 Authors: Susan Laflin
Categories:
The PREEN FAMILY HISTORY STUDY GROUP exists to research the family. It organises an Annual Reunion and is preparing a History of the Preen Family in four volumes. DNA analysis has shown that the Preen Family is divided into three groups, each with a common ancestor in the seventeenth century. 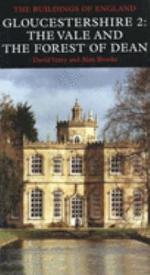 Authors: David Verey, Alan Brooks
Categories: Architecture
Gloucestershire 2: The Vale and the Forest of Dean and its companion, Gloucestershire I: The Cotswolds, provide a lively and uniquely comprehensive guide to the architecture of Gloucestershire. Alan Brooks's extensively revised and expanded editions of David Verey's original volumes bring together the latest research on a county unusually rich 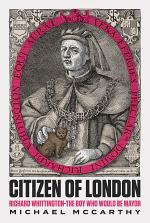 Authors: Michael McCarthy
Categories: Biography & Autobiography
The extraordinary story of Richard Whittington, from his arrival in London as a young boy to his death in 1423, against a backdrop of plague, politics and war; turbulence between Crown, City and Commons; and the unrelenting financial demands of Richard II, Henry IV and Henry V, to whom Whittington 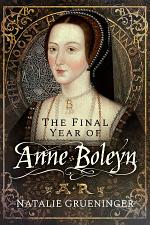 The Final Year of Anne Boleyn

Authors: Natalie Grueninger
Categories: Biography & Autobiography
There are few women in English history more famous or controversial than Queen Anne Boleyn. She was the second wife of Henry VIII, mother of Elizabeth I and the first English queen to be publicly executed. Much of what we think we know about her is colored by myth and 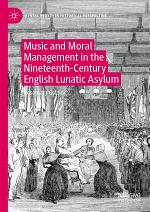 Music and Moral Management in the Nineteenth-Century English Lunatic Asylum

Authors: Rosemary Golding
Categories: History
This book traces the role played by music within asylums, the participation of staff and patients in musical activity, and the links drawn between music, health, and wellbeing. In the first part of the book, the author draws on a wide range of sources to investigate the debates around moral