... the reef was under some pressure in prehistory, the relative proportions of the collection from the 1990 excavation, along with the range of fish taxa exploited, suggest that fish remained abundant and resilient to human harvesting.

At the base of a steep cliff towering some 500 feet above the coast of the remote Nā Pali district on the island of Kaua'i, lies the spectacular historical and archaeological site at Nu'alolo Kai. First excavated by Bishop Museum archaeologists between 1958 and 1964, the site contained the well-preserved remains of one of the largest and most diverse arrays of traditional and historic artifacts ever found in Hawai'i. The house sites that constitute the focus of Abundance and Resilience were built over five centuries of occupation and contained deeply buried, stratified deposits extending more than nine feet beneath the surface. The essays in this volume detail the work of archaeologists associated with the University of Hawai'i who have been compiling and studying the animal remains recovered from the excavations. The contributors discuss the range of foods eaten by Hawaiians, the ways in which particular species were captured and harvested, and how these practices might have evolved through changes in the climate and natural environment. Adding to this are analyses of a sophisticated material culture—how ancient Hawaiians fashioned animal remains into artifacts such as ornaments made of shell, pointed bird bone "pickers," sea urchin and coral files and abraders, turtle shell combs, and bone handles for kāhili (feathered standards) used by Hawaiian royalty. For researchers, Nu'alolo Kai opened up the world of everyday life of indigenous Hawaiians between AD 1400 and 1900. More importantly, we learn how their procurement and utilization of animals—wild marine organisms and birds, as well as domesticated dogs and pigs—affected local resources. Demonstrating that an increased preference for introduced animals, such as dogs and pigs, effectively limited negative impacts on wild animal resources, the essays in Abundance and Resilience collectively argue that the Hawaiian community of Nu'alolo Kai practiced a sustainable form of animal resource procurement and management for five centuries. 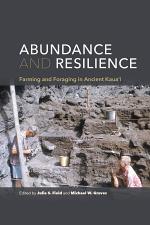 Authors: Julie S. Field, Michael W. Graves
Categories: History
At the base of a steep cliff towering some 500 feet above the coast of the remote Nā Pali district on the island of Kaua'i, lies the spectacular historical and archaeological site at Nu'alolo Kai. First excavated by Bishop Museum archaeologists between 1958 and 1964, the site contained the well-preserved 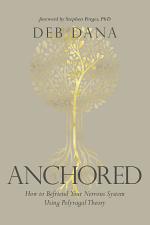 Authors: Deb Dana
Categories: Psychology
Discover your body’s neural pathways to calmness, safety, and connection. An intense conversation, a spat with a partner, or even an obnoxious tweet—these situations aren’t life-or-death, yet we often react as if they are. That’s because our bodies treat most perceived threats the same way. Yet one approach has proven 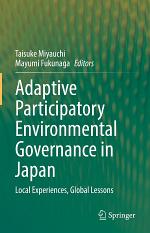 Authors: Taisuke Miyauchi, Mayumi Fukunaga
Categories: Technology & Engineering
This book contributes to the theoretical and practitioner literature in environmental governance and sustainability of natural resources by linking case studies of the roles of narratives to the three key practices in local environmental governance: socio-political legitimacy in participation; collaboratively creating stakeholder-ness, and cultivating social and ecological capabilities. It provides 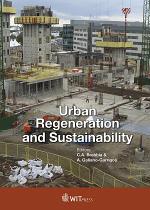 Authors: C.A. Brebbia, A. Galiano-Garrigos
Categories: Architecture
Including papers presented at the 11th International Conference on Urban Regeneration and Sustainability held in Alicante, Spain, this book addresses the multidisciplinary aspects of urban planning; a result of the increasing size of cities, the amount of resources and services required and the complexity of modern society. Most of the
Language: en
Pages: