. . If this is your idea of fun, you’ll have a major good time on this wild ride through today’s Technology Underground.

The technology underground is a thriving, humming, and often literally scintillating subculture of amateur inventors and scientific envelope-pushers who dream up, design, and build machines that whoosh, rumble, fly—and occasionally hurl pumpkins across enormous distances. In the process they astonish us with what is possible when human imagination and ingenuity meet nature’s forces and materials. William Gurstelle spent two years exploring the most fascinating outposts of this world of wonders: meeting and talking to the men and women who care far more for the laws of physics than they do for mundane matters like government regulations and their own personal safety. Adventures from the Technology Underground is Gurstelle’s lively and weirdly compelling report of his travels. In these pages we meet Frank Kosdon and others who draw the scrutiny of the FAA, ATF, and other federal agencies in their pursuit of high-power amateur rocketry, which they demonstrate to impressive—and sometimes explosive—effect at the annual LDRS gathering held in various remote and unpopulated areas (a necessary consideration since that acronym stands for Large Dangerous Rocket Ships). Here also are the underground technologists who turn up at the Burning Man festival in the Nevada high desert, including Lucy Hosking, “the engineer from Hell” and the creator of Satan’s Calliope, aka the World’s Loudest Thing, a pipe organ made from jet engines. Also at Burning Man is Austin “Dr. MegaVolt” Richard, who braves the arcing, sputtering, six-digit voltages of a giant Tesla coil in his protective metal suit. Add in a trip to see medieval-style catapults, air cannons, and supersized slingshots in action at the World Championship Punkin Chunkin competition in Sussex County, Delaware, and forays to the postapocalyptic enclaves of the flamethrower builders and the future-noir pits of the fighting robots, and you have proof positive that the age of invention is still going strong. In the world of science and engineering, despite its buttoned-down image, there’s plenty of fun, humor, and sheer wonder to be found at the fringes. Adventures from the Technology Underground takes you there. • Launch homemade high-power rockets. • Catapult pumpkins the better part of a mile. • Watch robot gladiators saw, flip, and pound one another into high-tech junk heaps. • Dazzle the eye with electrical discharges measured in the hundreds of thousands of volts. • Play with flamethrowers, potato guns, and other decidedly unsafe toys . . . If this is your idea of fun, you’ll have a major good time on this wild ride through today’s Technology Underground. From the Burning Man festival in Nevada’s high desert to the latest gathering of Large Dangerous Rocket Ship builders to Delaware’s annual Punkin Chunkin competition (a celebration of “science, radical self-expression, and beer”), you’ll meet the inspired, government-unregulated, and corporately unfettered men and women who operate at the furthest fringes of science, engineering, and wild-eyed arc welding, building the catapults, ultra-high-voltage electrical devices, incendiary artworks, fighting robots, and other machines that demonstrate what’s possible when physics meets human ingenuity. 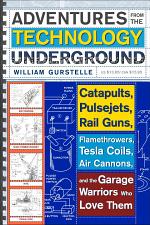 Adventures from the Technology Underground

Authors: William Gurstelle
Categories: Technology & Engineering
The technology underground is a thriving, humming, and often literally scintillating subculture of amateur inventors and scientific envelope-pushers who dream up, design, and build machines that whoosh, rumble, fly—and occasionally hurl pumpkins across enormous distances. In the process they astonish us with what is possible when human imagination and ingenuity

Adventures from the Technology Underground 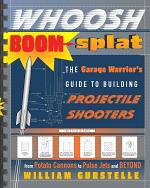 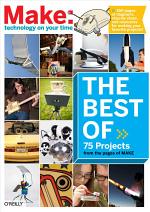 The Best of Make:

Authors: Mark Frauenfelder
Categories: Technology & Engineering
After two years, MAKE has become one of most celebrated new magazines to hit the newsstands, and certainly one of the hottest reads. If you're just catching on to the MAKE phenomenon and wonder what you've missed, this book contains the best DIY projects from the magazine's first ten volumes 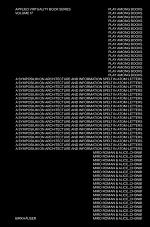 Authors: Miro Roman, Alice _ch3n81
Categories: Architecture
How does coding change the way we think about architecture? This question opens up an important research perspective. In this book, Miro Roman and his AI Alice_ch3n81 develop a playful scenario in which they propose coding as the new literacy of information. They convey knowledge in the form of a