“ Klement has written the best history yet of the dark lantern societies . He offers a chilling example of the ways in which partisan expediency , rumor , and wartime hysteria fomented intolerance and injustice .

During the agonizing days of the Civil War four secret political societies, often known as dark lantern societies, became household words throughout the North. Three of these groups--the Knights of the Golden Circle, the Order of American Knights, and the Sons of Liberty--supposedly were umbrellas for antiwar Democrats and were reportedly involved in treasonable activities. The Union League, on the other hand, was a patriotic political organization intent upon buttressing northern morale and giving support to the war program of the Lincoln administration. The accusations and counter accusations that passed between these opposing forces helped spread fantastic rumors about their power and influence. Treason trials held in Cincinnati and Indianapolis based convictions on hearsay, while the leaders of the Order of American Knights and the Knights of the Golden Circle spent much of the war in prison without benefit of trial. Today reputable reference sources still matter-of-factly credit these societies with large memberships and evil motives.In Dark Lanterns Frank L Klemment refutes past historical theories and shows quite clearly that these societies were never much more then paper-based organizations with vague goals and little ability to carry them out. Recounting the actual histories of these organizations, he shows how they were senationalized, even fictionalized, in both Republican and Democratic newspaper and magazine exposés. He also probes the trials arising from the supposed conspiracy to establish a separate confederacy in the Midwest and the so-called Camp Douglas conspiracy, which was intended to release the Confederate prisoners housed there. Despite the furor they generated, Klement concludes that these dark lantern societies were essentially engaged in nothing more than a war of words and that their alleged power was greatly exaggerated by political propaganda.Meticulously researched and lucidly argued, Dark Lanterns explores a controversial and puzzling aspect of the Civil war. It will be hard to dispute Klements' finding that generations of historians have swallowed whole a tale that was largely the product of myth and legend. 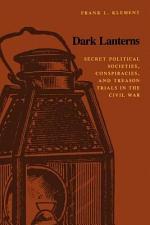 Authors: Frank L. Klement
Categories: History
During the agonizing days of the Civil War four secret political societies, often known as dark lantern societies, became household words throughout the North. Three of these groups--the Knights of the Golden Circle, the Order of American Knights, and the Sons of Liberty--supposedly were umbrellas for antiwar Democrats and were 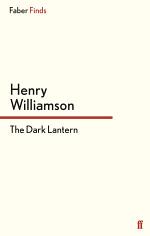 Authors: Henry Williamson
Categories: Fiction
The Dark Lantern (1951) was the first of Henry Williamson's fifteen-volume A Chronicle of Ancient Sunlightspanning the years from the late Victorian period to the Second World War. In it we meet Richard Maddison, a countryman working in London as a City clerk, struggling to make do on a few 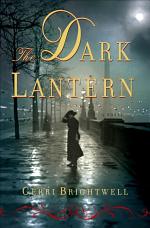 Authors: Gerri Brightwell
Categories: Fiction
London, 1893. Elderly Mrs. Bentley is on her deathbed, and her son Robert has returned from France. But in the Bentleys’ well-appointed home, everyone has their secrets, including Robert’s beautiful and elusive wife, the orphan maid she hires from the country, and the mysterious young woman who arrives, claiming to

Authors: David A. Berry
Categories: Art
Throughout its history, the Ashmolean has evolved to meet changing needs and reflect new ideas. In the process, it has transformed from a cabinet of curiosities, representing the world in microcosm, to a museum of art and archaeology, illustrating connec 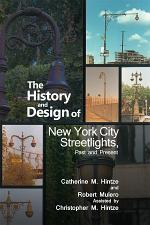 The History and Design of New York City Streetlights, Past and Present

Authors: Robert Mulero, Catherine M. Hintze
Categories: Art
The History and Design of New York City Streetlights, Past and Present by Robert Mulero and Catherine M. Hintze Streetlights. They may seem commonplace, repetitive, simple structures seen spaced along every street. They may seem mundane, more remarkable in their absence than in their presence. But have you ever stopped