In response, some states with dark pasts have looked into and apologized for past crimes. For example, in 2008 the Australian PM Kevin Rudd offered an official apology to indigenous Australians for their “past mistreatment” and “for the ...

Over the past two decades, many states have heard demands that they recognize and apologize for historic wrongs. Such calls have not elicited uniform or predictable responses. While some states have apologized for past crimes, others continue to silence, deny, and relativize dark pasts. What explains the tremendous variation in how states deal with past crimes? When and why do states change the stories they tell about their dark pasts. Dark Pasts argues that international pressures increase the likelihood of change in official narratives about dark pasts, but domestic considerations determine the content of such change. Rather than simply changing with the passage of time, persistence, or rightness, official narratives of dark pasts are shaped by interactions between political factors at the domestic and international levels. Unpacking the complex processes through which international pressures and domestic dynamics shape states’ narratives, Jennifer M. Dixon analyzes the trajectories over the past sixty years of Turkey’s narrative of the 1915–17 Armenian Genocide and Japan’s narrative of the 1937–38 Nanjing Massacre. While both states’ narratives started from similar positions of silencing, relativizing, and denial, Japan has come to express regret and apologize for the Nanjing Massacre, while Turkey has continued to reject official wrongdoing and deny the genocidal nature of the violence. Combining historical richness and analytical rigor, Dark Pasts unravels the complex processes through which such narratives are constructed and contested, and offers an innovative way to analyze narrative change. Her book sheds light on the persistent presence of the past and reveals how domestic politics functions as a filter that shapes the ways in which states’ narratives change—or do not—over time. 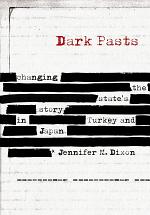 Authors: Jennifer M. Dixon
Categories: Political Science
Over the past two decades, many states have heard demands that they recognize and apologize for historic wrongs. Such calls have not elicited uniform or predictable responses. While some states have apologized for past crimes, others continue to silence, deny, and relativize dark pasts. What explains the tremendous variation in 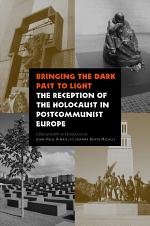 Bringing the Dark Past to Light

Authors: John-Paul Himka, Joanna Beata Michlic
Categories: History
Despite the Holocaust's profound impact on the history of Eastern Europe, the communist regimes successfully repressed public discourse about and memory of this tragedy. Since the collapse of communism in 1989, however, this has changed. Not only has a wealth of archival sources become available, but there have also been 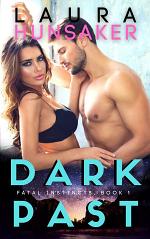 Authors: Laura Hunsaker
Categories: Fiction
The small town was supposed to be safe... Kate Landry is tired of running. Thinking she's safe, she settles in the small logging town of Chester, California to manage a cafe. She may be keeping a low profile, but she's hoping to return to a normal life. When FBI agent 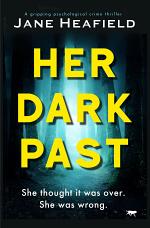 Authors: Jane Heafield
Categories: Fiction
In this gripping novel by the author of Don’t Believe Her, one phone call brings a buried horror back to the surface—and upends a family’s life . . . When Sara answers the phone and hears the name Drake Mills, it makes her blood run cold. It is a name 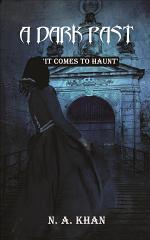 Authors: N A Khan
Categories: Fiction
The basic story behind this book is the result of an English Composition subject assessment that I had written during my 7th grade. At that time, I was a substantially imaginative and creative young student with an odd craze for writing mystery and thriller content. The story back then was