In I The Dvořák's Prophecy films are ingeniously “visualized” by my longtime colleague, the media artist Peter Bogdanoff. Peter's unusual gift for marrying music with the moving image has embellished countless projects I've undertaken, ...

A Kirkus Reviews Best Nonfiction Book of 2021 A provocative interpretation of why classical music in America "stayed white"—how it got to be that way and what can be done about it. In 1893 the composer Antonín Dvorák prophesied a “great and noble school” of American classical music based on the “negro melodies” he had excitedly discovered since arriving in the United States a year before. But while Black music would foster popular genres known the world over, it never gained a foothold in the concert hall. Black composers found few opportunities to have their works performed, and white composers mainly rejected Dvorák’s lead. Joseph Horowitz ranges throughout American cultural history, from Frederick Douglass and Huckleberry Finn to George Gershwin’s Porgy and Bess and the work of Ralph Ellison, searching for explanations. Challenging the standard narrative for American classical music fashioned by Aaron Copland and Leonard Bernstein, he looks back to literary figures—Emerson, Melville, and Twain—to ponder how American music can connect with a “usable past.” The result is a new paradigm that makes room for Black composers, including Harry Burleigh, Nathaniel Dett, William Levi Dawson, and Florence Price, while giving increased prominence to Charles Ives and George Gershwin. Dvorák’s Prophecy arrives in the midst of an important conversation about race in America—a conversation that is taking place in music schools and concert halls as well as capitols and boardrooms. As George Shirley writes in his foreword to the book, “We have been left unprepared for the current cultural moment. [Joseph Horowitz] explains how we got there [and] proposes a bigger world of American classical music than what we have known before. It is more diverse and more equitable. And it is more truthful.” 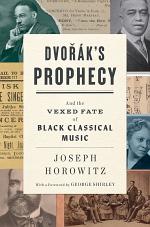 Dvorak's Prophecy: And the Vexed Fate of Black Classical Music

Authors: Joseph Horowitz
Categories: Music
A Kirkus Reviews Best Nonfiction Book of 2021 A provocative interpretation of why classical music in America "stayed white"—how it got to be that way and what can be done about it. In 1893 the composer Antonín Dvorák prophesied a “great and noble school” of American classical music based on 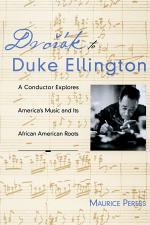 Authors: Maurice Peress
Categories: Music
Drawing upon a remarkable mix of intensive research and the personal experience of a career devoted to the music about which Dvorák so presciently spoke, Maurice Peress's lively and convincing narrative treats readers to a rare and delightful glimpse behind the scenes of the burgeoning American school of music and 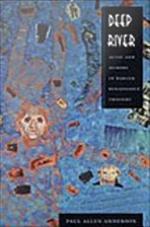 Authors: Paul Allen Anderson
Categories: Music
“The American Negro,” Arthur Schomburg wrote in 1925, “must remake his past in order to make his future.” Many Harlem Renaissance figures agreed that reframing the black folk inheritance could play a major role in imagining a new future of racial equality and artistic freedom. In Deep River Paul Allen 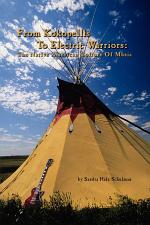 From Kokopelli's to Electric Warriors

Authors: Sandra Hale Schulman
Categories: Music
In order to escape the poverty of the south, Alona’s family moved to Chicago. The Crawford family has made a name for themselves as one of the leading Publishing Company in Chicago. Alona has now become a successful stock broker, for an investment company. She also is an up and 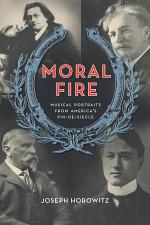 Authors: Joseph Horowitz
Categories: Music
"Joseph Horowitz's absorbing study of four key figures in the history of classical orchestral music in late nineteenth- and early twentieth-century America is consistently fascinating, thought-provoking, and rewarding. This book should be of great interest to anyone who loves music and cares about its place in, and meaning to, society."