“ Meg Groeling's exciting and wonderfully written life of the marvelous Elmer Ellsworth , as sprightly as he was — the first fallen in the Civil War , who was like a son to Lincoln - should inspire a movement for one of the U.S. ...

Colonel Elmer Ellsworth was the first Union officer killed in the American Civil War. When it happened, on May 24, 1861, the entire North was aghast. Ellsworth was a celebrity and had just finished traveling with his famed and entertaining U. S. Zouave Cadets drill team. They had performed at West Point, in New York City, and for President Buchanan before returning home to Chicago. Ellsworth then joined his friend and law mentor Abraham Lincoln in his quest for the presidency. When Lincoln put out the call for troops after Fort Sumter was fired upon, Ellsworth responded. Within days he was able to organize over a thousand New York firefighters into a regiment of volunteers. Was it youthful enthusiasm or a lack of formal training that resulted in his death? There is evidence on both sides. What is definite is that the Lincolns rushed to the Navy Yard to view the body of the young man they had loved as a son. Mary Lincoln insisted that he lie in state in the East Room of their home. The elite of New York brought flowers to the Astor House en memoriam. Six members of the 11th New York accompanied their commander’s coffin. When the young colonel’s remains were finally interred in the Hudson View Cemetery, the skies opened up. A late May afternoon thunderstorm broke out in the middle of the procession, referred to as “tears from God himself.” Only eight weeks later, the results of the battle of First Bull Run knocked Ellsworth out of the headlines. The trickle of blood had now become a torrent, not to end for four more years of war. Groeling’s well-written biography is grounded in years of examining archival resources, diaries, personal letters, newspapers, and other accounts. In the sixty intervening years since the last portrait of Ellsworth was written, new information has arisen that gives readers and historians a better understanding of the Ellsworth phenomenon. The author’s interwoven accounts of John Hay, George Nicolay, Abraham Lincoln, and the Lincoln family put Ellsworth clearly at the forefront of the excitement that led up to the election of a president. First Fallen: The Life of Colonel Elmer Ellsworth, the North’s First Civil War Hero examines every facet of Ellsworth’s complex, fascinating life. It is the story of many young men who fought and died for the Union. Elmer, however, was the first and -according to those who remember him - perhaps the best. 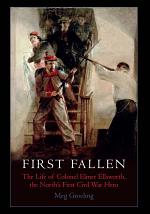 Authors: Meg Groeling
Categories: Biography & Autobiography
Colonel Elmer Ellsworth was the first Union officer killed in the American Civil War. When it happened, on May 24, 1861, the entire North was aghast. Ellsworth was a celebrity and had just finished traveling with his famed and entertaining U. S. Zouave Cadets drill team. They had performed at 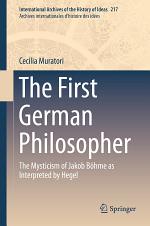 Authors: Cecilia Muratori
Categories: Philosophy
This book investigates Hegel’s interpretation of the mystical philosophy of Jakob Böhme (1575-1624), considered in the context of the reception of Böhme in the 18th and 19th centuries, and of Hegel’s own understanding of mysticism as a philosophical approach. The three sections of this book present: the historical background of 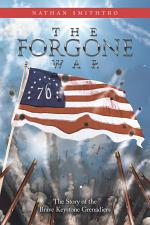 Authors: Nathan Smithtro
Categories: Fiction
On the same day that America declares war on England and Canada, young apple farmer Simon Smithtrovich recruits his four best friends and creates the Seventy-Sixth Pennsylvania, an elite crack company of grenadiers intent on stopping at nothing to ensure America retains its freedom. Some two years later as Major 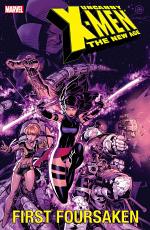 Authors: Marvel Comics
Categories: Comics & Graphic Novels
Collects Uncanny X-Men (1963) #472-474, Uncanny X-Men Annual #1. Here it comes! Find out why and how Psylocke came back to life. Find out what Jamie Braddock is up to and why he's been popping up from place to place in the past year. Everything has been building to this. 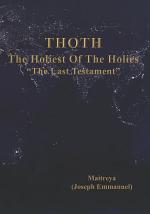 The Holiest of the Holies (THOTH), the Last Testament

Authors: Maitreya (Joseph Emmanuel)
Categories: Comics & Graphic Novels
For thousands of years humanity has longed for a truth, revelation, or knowledge that explains the unity of God behind all mystical experiences, previous revelations, and religions of the world, and the truth behind the universe (science). There have been mystical explanations of God from those claiming they have experienced