Based on an analysis of the concepts of governance and security, this book explores and defines what is commonly called security governance.

Research paper from the year 2014 in the subject Politics - International Politics - Topic: Peace and Conflict Studies, Security, Göteborg University (United Nations Institute for Training and Research), language: English, abstract: Due to global patterns of migration, economic interaction and political interdependence as well as the emergence of new technologies, communication systems and modes of transportation, civil wars have shifted from being a domestic issue to becoming a concern for neighbouring states and the international community. When local institutions and government structures have not been able to prevent the escalation of conflicts, external actors have intervened to restore law and order and to stabilise the situation. The international community has pursued an increasingly interventionist agenda with the legitimation of intervention by external actors with a view to developing and strengthening local governance. The recognition of the importance of this global-local interplay has been accompanied by a greater awareness of the interdependence and interconnectedness of international, regional and national security. Globalising forces and the existence of glocal governance processes mean that external interventions have become governance bridges with multifaceted implications at both the international and local levels. A unique implication of this state of affair is the increasing interest paid by states and international organisations in weak and failing states. Indeed, our globalised condition means that the international community has been led to intervene in areas where governance was such that it posed a threat to international peace and security. There has been an increasing interest in restoring governance and fostering ‘good governance’ or ‘good enough governance’. Interventions have taken place at the political and economic levels through the World Bank and IMF but in a large number of cases, interventions have focused on security and the reform of the security sector as means to achieve good governance and to deal with threats to peace and security. In this context, a number of scholars have turned their attention to the interplay between governance and security and security governance’ as a new area of concern. The term governance has been the subject of numerous critiques for being unclear and analytically useless. Likewise, the term security is essentially contested. As a result, the concept of security governance is still lacking a clear and consensual definition and remains a matter of debate. Based on an analysis of the concepts of governance and security, this book explores and defines what is commonly called security governance. 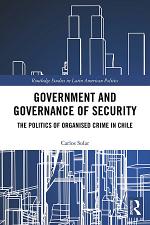 Government and Governance of Security

Authors: Carlos Solar
Categories: Political Science
At a time when Latin America is experiencing societal unrest from human rights violations, corruption and weak institutions Government and Governance of Security offers an insightful understanding for the modern steering of crime policies. Using Chile as a case study, the book delivers an untold account of the trade-offs between 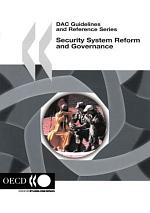 Authors: OECD
Categories: Political Science
This publication underlines the positive role that the integrated reform of a country’s security system can play in stabilising fragile, conflict-prone or conflict affected states. 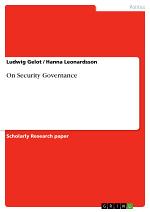 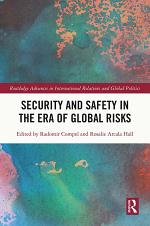 Security and Safety in the Era of Global Risks

Authors: Radomir Compel, Rosalie Arcala-Hall
Categories: Political Science
The concept of risk in global life has not been fully understood and explored and this book attempts to examine what it entails in the fast changing, interconnected and complex world. As a foundational component of safety systems, risk has been considered relatively simple, predictable, and therefore, assessable and manageable 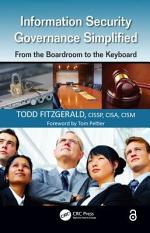 Authors: Todd Fitzgerald
Categories: Business & Economics
Security practitioners must be able to build cost-effective security programs while also complying with government regulations. Information Security Governance Simplified: From the Boardroom to the Keyboard lays out these regulations in simple terms and explains how to use control frameworks to build an air-tight information security (IS) program and governance