International bestseller "Justice Restored," by veteran author and journalist, Howell Woltz, ("Justice Denied", "The Way Back to America", "The Path" and "Gulag Amerika") is his most explosive expos� to date of America's failed judicial system. Woltz proves in this highly readable expos� that U.S. prosecutors knowingly (or uncaringly) "get it wrong" in 8 out of every 10 cases they bring before U.S. courts. After speaking out on this issue publicly, (TEDx talk in 2014), Woltz was threatened by U.S. officials in an effort to silence him. This ultimately led to his leaving the country to continue his work (Woltz now lives in Poland), though his facts have been acknowledged true by reviewing state and federal courts. 5,760 capital cases--almost every such case over a 23 year period--has now been reviewed by state and federal courts and 73% of them were proven to have "reversible error", while 9% of the defendants were proven by the record itself to have been innocent when targeted by the prosecutor. (see, A BROKEN SYSTEM: ERROR RATES IN CAPITAL CASES, Prof. James S. Liebman, Columbia University). After indisputably proving the need for reform in the early pages of Justice Restore, Woltz then lays out a 10 step plan to restore our system of justice to what it once was. These steps back to Rule of Law are each buttressed by a heartbreaking personal story of a wrongfully convicted citizen the author personally assisted in seeking justice."Justice Restored: 10 steps to end mass incarceration in America" has been endorsed by The Center for Teaching the Rule of Law, and is considered a must read for every U.S. citizen.As admitted by the federal government, "The U.S. Department of Justice estimates that 71 million people--approximately 25 percent of the American population--have a criminal record." (BNA Criminal Law Reporter, May of 2010).With only 5% of the world's population, the United States holds 25% of its prisoners--a record for human history. No nation has ever incarcerated so many of its own citizens.Woltz has given a clear roadmap for ending this national disaster in "Justice Restored"and in an interview on Public Radio, he recently stated, "If anyone had told me 30 years ago that I could write a book on the unlikely topic of 'mass incarceration in America'--or that it would become a best-seller--I would have never believed it. 1/4 of the American population, however, has now suffered these injustices personally--as well as their families--and they are the ones who have made 'Justice Restored' an international bestseller."Buy Justice Restored today. Available on Amazon in the U.S. and Europe.To learn more about the author, visit Justice Restored's website:www.justicerestored.com

Authors: Howell W. Woltz
Categories: Correctional law
International bestseller "Justice Restored," by veteran author and journalist, Howell Woltz, ("Justice Denied", "The Way Back to America", "The Path" and "Gulag Amerika") is his most explosive expos� to date of America's failed judicial system. Woltz proves in this highly readable expos� that U.S. prosecutors knowingly (or uncaringly) "get it 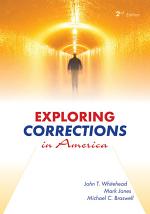 Authors: John T. Whitehead, Mark Jones, Michael C. Braswell
Categories: Law
Exploring Corrections in America provides a thorough introduction to the topic of corrections in America. In addition to providing complete coverage of the history and structure of corrections, it offers a balanced account of the issues facing the field so that readers can arrive at informed opinions regarding the process 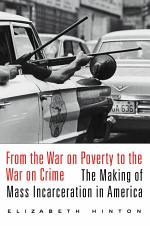 Authors: Elizabeth Hinton
Categories: History
How did the land of the free become the home of the world’s largest prison system? Elizabeth Hinton traces the rise of mass incarceration to an ironic source: not the War on Drugs of the Reagan administration but the War on Crime that began during Johnson’s Great Society at the 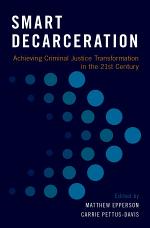 Authors: Matthew Epperson, Carrie Pettus-Davis
Categories: Social Science
Smart Decarceration is a forward-thinking, practical volume that provides innovative concepts and concrete strategies for ushering in an era of decarceration -- a proactive and effective undoing of the era of mass incarceration. The text grapples with tough questions and takes up the challenge of transforming America's approach to criminal 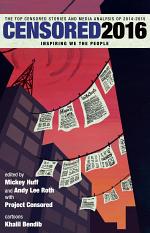 Authors: Mickey Huff, Andy Lee Roth, Project Censored
Categories: Political Science
The annual yearbook from Project Censored features the year's most underreported news stories, striving to unmask censorship, self-censorship, and propaganda in corporate-controlled media outlets. Censored 2016 features the top-25 most underreported stories, as voted by scholars, journalists, and activists across the country and around the world, as well as chapters