There was a killer on the road all right, and regardless of how real he was, he had a choke hold on the American imagination. Today the highway killer, like the train robber, the gangster, and the mobster before him, has entered the ...

True crime meets cultural history in this story of how America’s interstate highway system opened a world of mobility and opportunity . . . for serial killers. Starting in the 1950s, Americans eagerly built the planet’s largest public work: the 42,795-mile National System of Interstate and Defense Highways. Before the concrete was dry on the new roads, however, a specter began haunting them: the highway killer. He went by many names: the “Hitcher,” the “Freeway Killer,” the “Killer on the Road,” the “I-5 Strangler,” and the “Beltway Sniper.” Some of these criminals were imagined, but many were real. The nation’s murder rate shot up as its expressways were built. America became more violent and more mobile at the same time. Killer on the Road tells the entwined stories of America’s highways and its highway killers. There’s the hot-rodding juvenile delinquent who led the National Guard on a multistate manhunt; the wannabe highway patrolman who murdered hitchhiking coeds; the record promoter who preyed on “ghetto kids” in a city reshaped by freeways; the nondescript married man who stalked the interstates seeking women with car trouble; and the trucker who delivered death with his cargo. Thudding away behind these grisly crime sprees is the story of the interstates—how they were sold, how they were built, how they reshaped the nation—and how we came to equate them with violence. Through the stories of highway killers, we see how the “killer on the road,” like the train robber, the gangster, and the mobster, entered the cast of American outlaws, and how the freeway—conceived as a road to utopia—came to be feared as a highway to hell. “Strand . . . Explores the connection between America’s sprawling highway system and the pathology of the murderers who have made them a killing ground. . . . The grim stories of murder on the highway may do for road trips what Jaws did for surfing. An interesting detour into a true-crime niche.” ―Kirkus Reviews “Strand’s cross-threaded tales of drifters, stranded motorists, and madmen got its hooks into me. Reading Ms. Strand’s thoughtful book is like driving a Nash Rambler after midnight on a highway to hell.” —Dwight Garner, The New York Times “A titillating, clever volume that mixes the sweeping sociological assertions of an urban-studies textbook with the chilling gore of true-crime stories.” —Bookforum “Ginger Strand is in possession of a sharp eye, a biting wit, a beguiling sense of fun—and a magnificent obsession.” —Bloomberg 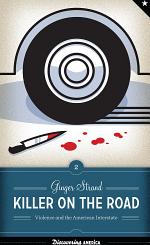 Killer on the Road

Authors: Ginger Strand
Categories: Social Science
True crime meets cultural history in this story of how America’s interstate highway system opened a world of mobility and opportunity . . . for serial killers. Starting in the 1950s, Americans eagerly built the planet’s largest public work: the 42,795-mile National System of Interstate and Defense Highways. Before the 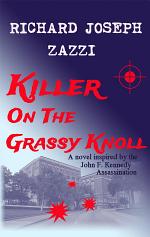 Killer on the Grassy Knoll

Authors: Richard Joseph Zazzi
Categories: Fiction
Is it ever okay for a government to lie to the people? This work is a fiction novel that provides answers to the unnerving questions surrounding the John F. Kennedy assassination. It tells a story about people of power and the extremes they will go, to protect their interests. The 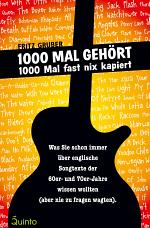 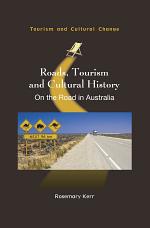 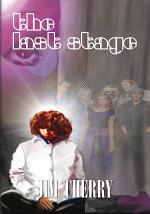 Authors: Jim Cherry
Categories: Fiction
Michael Night is an aging professional student looking for a way out of a small town, and away from a loving girlfriend who increasingly wants more from him. And he's also a Doors fan with ambition. But he doesn't know how to act upon it, or even admit them to