Recalling his life as a boy in the 1830s and 1840s , he lamented his physical inadequacy , which he termed being " muscle - slow . " He enjoyed swimming but realized , " how ir- reparable has been my loss in not acquiring other muscular ...

Axel Bundgaard has produced a meaningful work on the important but little-told history of interschool athletics, exploring the introduction and nature of sport in the controlled environment of the American boarding school. Beginning in the late eighteenth century, American educators looked to the English public school as the educational archetype for producing good men, good Christians, and good leaders. The British incorporation of sport into the process of education, however, took root only slowly in the United States, where it seemed alien to Puritan values extolling hard work and deploring play as wasted time. Only when educators were convinced that sport was an essential tool in the process of raising the next generation by building character, team spirit, and leadership did the informal physical play initiated by students in early schools begin to evolve toward the highly organized, school-sponsored sports of today. Using archival material from several eastern boarding schools founded in the eighteenth and nineteenth centuries, Bundgaard traces this process from its beginnings in the muscular Christianity prevailing in the boarding schools of Victorian England-most notably Rugby. There, athletics and the prefect systemolder boys shaping the manners and morals of younger oneswere used to mold youth into "Christian gentlemen," and it was believed that the seeds of future military victories were planted on the school playing fields. Bundgaard shows how this model of sport and character building was gradually absorbed into the classical curricula of private education in America, and then continues to chronicle the dramatic changes in this model through the first decade of the twentieth century, as educational philosophies evolved and an ideal of physical vigor and "conduct befitting a gentleman" emerged. Drawing on archival sources at Groton, Andover, Exeter, St. Paul's Suffield, Williston, Woodberry Forest, and Worcester Academyinterviews, personal communications, school newspapers, and histories of various institutionsBundgaard provides a new critical perspective on the evolution of play and sports for schoolboys. This book will stimulate research on the broader subject of American secondary school athletics and pique the interest of sport historians, educators, and a general audience. 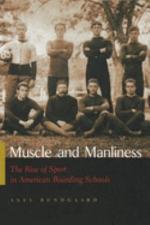 Authors: Axel Bundgaard
Categories: Education
Axel Bundgaard has produced a meaningful work on the important but little-told history of interschool athletics, exploring the introduction and nature of sport in the controlled environment of the American boarding school. Beginning in the late eighteenth century, American educators looked to the English public school as the educational archetype 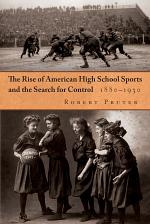 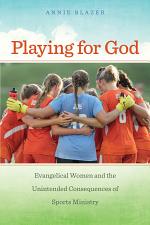 Authors: Annie Blazer
Categories: Religion
When sports ministry first emerged in the 1950s and 1960s, its founders imagined male celebrity athletes as powerful salespeople who could deliver a message of Christian strength: “If athletes can endorse shaving cream, razor blades, and cigarettes, surely they can endorse the Lord, too,” reasoned Fellowship of Christian Athletes founder 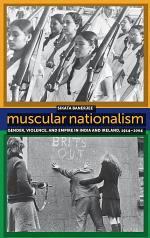 Authors: Sikata Banerjee
Categories: History
Concerned chiefly with views and events of the 19th and 20th centuries. Discusses deviations from a putative ideal of femininity characterised by chastity and inactivity. 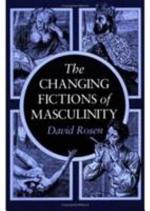 The Changing Fictions of Masculinity

Authors: David Rosen
Categories: Social Science
In a sensitive and provocative study of six great works of British literature, David Rosen traces the evolution of masculinity, inviting readers to contemplate the shifting joys and sorrows men have experienced throughout the last millennium, and the changing but constant tensions between their lives and ideals. Focusing on Beowulf,