The man nodded at Olive pleasantly . Olive thought Suzanne was a pretty thing , though she seemed to Olive to have a pulse of sadness going through her . “ Do you know — oh , this was years ago now— ” Olive sat down at the empty chair ...

NEW YORK TIMES BESTSELLER • OPRAH’S BOOK CLUB PICK • Pulitzer Prize winner Elizabeth Strout continues the life of her beloved Olive Kitteridge, a character who has captured the imaginations of millions. “Strout managed to make me love this strange woman I’d never met, who I knew nothing about. What a terrific writer she is.”—Zadie Smith, The Guardian “Just as wonderful as the original . . . Olive, Again poignantly reminds us that empathy, a requirement for love, helps make life ‘not unhappy.’”—NPR NAMED ONE OF THE TEN BEST BOOKS OF THE YEAR BY PEOPLE AND ONE OF THE BEST BOOKS OF THE YEAR BY Time • Vogue • NPR • The Washington Post • Chicago Tribune • Vanity Fair • Entertainment Weekly • BuzzFeed • Esquire • Real Simple • Good Housekeeping • The New York Public Library • The Guardian • Evening Standard • Kirkus Reviews • Publishers Weekly • BookPage Prickly, wry, resistant to change yet ruthlessly honest and deeply empathetic, Olive Kitteridge is “a compelling life force” (San Francisco Chronicle). The New Yorker has said that Elizabeth Strout “animates the ordinary with an astonishing force,” and she has never done so more clearly than in these pages, where the iconic Olive struggles to understand not only herself and her own life but the lives of those around her in the town of Crosby, Maine. Whether with a teenager coming to terms with the loss of her father, a young woman about to give birth during a hilariously inopportune moment, a nurse who confesses a secret high school crush, or a lawyer who struggles with an inheritance she does not want to accept, the unforgettable Olive will continue to startle us, to move us, and to inspire us—in Strout’s words—“to bear the burden of the mystery with as much grace as we can.” Praise for Olive, Again “Olive is a brilliant creation not only because of her eternal cantankerousness but because she’s as brutally candid with herself about her shortcomings as she is with others. Her honesty makes people strangely willing to confide in her, and the raw power of Ms. Strout’s writing comes from these unvarnished exchanges, in which characters reveal themselves in all of their sadness and badness and confusion. . . . The great, terrible mess of living is spilled out across the pages of this moving book. Ms. Strout may not have any answers for it, but she isn’t afraid of it either.”—The Wall Street Journal 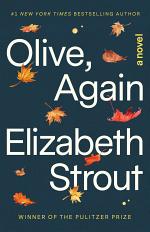 Authors: Elizabeth Strout
Categories: Fiction
NEW YORK TIMES BESTSELLER • OPRAH’S BOOK CLUB PICK • Pulitzer Prize winner Elizabeth Strout continues the life of her beloved Olive Kitteridge, a character who has captured the imaginations of millions. “Strout managed to make me love this strange woman I’d never met, who I knew nothing about. What 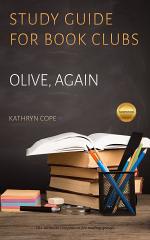 Authors: Kathryn Cope
Categories: Study Aids
An essential tool for all reading groups! In this comprehensive book club companion, Kathryn Cope guides readers through Elizabeth Strout’s acclaimed novel, Olive, Again. Designed to make your reading experience more rewarding and enjoyable, this study guide encompasses a wealth of information. Inside this guide you will find a plot 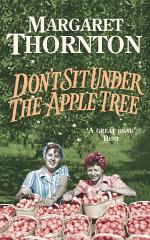 Don't Sit Under the Apple Tree

Authors: Margaret Thornton
Categories: Fiction
A chance moment of passion changes more than one life... Don't Sit Under the Apple Tree is a captivating wartime saga of new beginnings and an impossible love, from much-loved author Margaret Thornton. Perfect for fans of Pam Evans and Dilly Court. 'Exquisite' - North Wales Chronicle Blackpool, 1940. Although 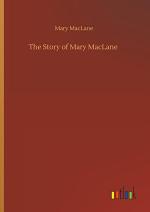 The Story of Mary MacLane 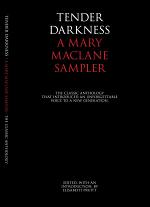 Authors: Mary MacLane
Categories: Literary Collections
“Mary MacLane comes off the page quivering with life. She is before her time ... Moving.” - London Times With her first book - written in 1901, at age nineteen - she was hailed as a marvel by the likes of H.L. Mencken, Clarence Darrow, and Harriet Monroe. She went