He was shifter-recessive.” “No shit?” “Yes. They called the child Samuel. Sam. He didn't end up with a Dorsett surname. He lived. He'd be your uncle.” “Why'd Paw do that?” “Hang on. Then he met and mated with a female wolf shifter.

Exile Rachel Kane’s recovering from a broken heart. And she’s broke. She’s flat out broke and homeless since she found her boyfriend in her best friend’s arms in the home that he and Rachel shared. A home he owned, so of course, she’s out on her ear now. She’s got an invitation to take an opportunity that takes her out of state and pays for her living expenses. Maybe some clouds do have silver linings. She’ll take that offer to go to Nevada and study mustangs. Luke Everhart’s got one thing on his mind. Being left the hell alone. He’s been exiled from his pack—and that’s just fine—and now makes his home near Iron Flats Mesa on the Virginia Range in Nevada. He gets along great with the mustangs that make their home there, and they’re the only company he needs. In fact, he’s their self-appointed guardian, protecting them from some of the ranchers and government bureaucrats who want to manipulate disrupt their freedom. And wouldn’t you know it, there’s a certain woman who’s been skulking around, checking out the mustangs, making notes, riding a damned UTV all over the range. He knows she’s from the government, and he has zero trust for the Bureau of Land Management. He’s wreaked havoc on their expeditions before. Little Miss Hot Researcher has another think coming if she believes she’s going to be able to turn in any research on his band of horses. How’s Rachel supposed to complete her job when she’s harassed by wolves and a hunky, muscular, blue-eyed, dark-skinned hottie who doesn’t want to do much more than grunt his responses and howl at the moon? Justice Maisie Malone’s got a problem. It started out at 22 and inches, 8 pounds, 12 ounces. It’s grown to 30 inches and 21 pounds. She doesn’t consider it much of a problem at all. More like a blessing. But she’s not the only one who wants this bouncing baby boy in her life. He’s got a grandfather with a hell of a mean streak and enough money to buy practically anyone. And said grandfather wants no loose ends. To make matters worse? The bouncing baby boy has fur and growls. Semi-retired bodyguard turned bounty hunter, Judd Walker would just as much rather be left alone in his cabin on the outskirts of Crooked Arrow Ranch as he would keep company with anyone. But hey, even a solitary wolf shifter needs to bring some money in once in a while. So when Paul MacIntosh offers him an ungodly amount to find his missing grandson and bring him home to Bitter Hollow, Judd has no problem accepting the job. How hard can it be to bring a one-year-old little boy home? Judd didn’t count on the tenacity and protectiveness of a mother. Even a human mother. He also didn’t count on Paul MacIntosh having a hidden agenda, one which did not include Maisie Malone breathing. Rebel Darby’s a wolf shifter’s human daughter. What’s that meant in her life? Her father views her as a flawed individual. A failure. So when her human mother and her shifter father split up, he had no interest in her. What’s it do to a girl? It creates an obstinate streak which gets caught up on all the wrong priorities. She wants to prove herself to her wolf shifter father by infiltrating the Crooked Arrow Ranch shifters and getting information for her dad. She’s got no plan. She’s shooting from the hip. Jared’s riled up about the rule-breaking going on at Crooked Arrow. They have brought human mates. Now how is this supposed to fit into the rules on the Virginia Range? Granted, the rules are more of an understanding built on respect. On his grandfather’s principles. The rules state: Shifters keep a low profile. Shifters do not kill humans. Shifters do not attempt to turn humans. Lore says it’s myth a bite can turn humans. Others say it takes witchery. Back to Jared. Back to those rules. How can shifters keep a low profile when they are mating with humans for frack’s sake? 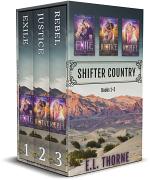 Authors: E.L. Thorne
Categories: Fiction
Exile Rachel Kane’s recovering from a broken heart. And she’s broke. She’s flat out broke and homeless since she found her boyfriend in her best friend’s arms in the home that he and Rachel shared. A home he owned, so of course, she’s out on her ear now. She’s got 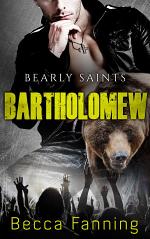 Authors: Becca Fanning
Categories: Fiction
Kitty Konstantine is used to being called names. Cut throat. Demon. Bitch. But the title that always trips her up is "daughter." No matter what she achieved, her father was always ready to cut her down. Even now that she's signed The Four Saints, it's still not good enough. Now, 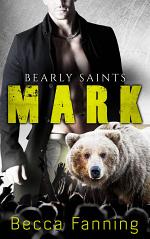 Authors: Becca Fanning
Categories: Fiction
Adelaide- Spencer has always had a natural talent for songwriting. She find herself humming a tune, then running around the house like a chicken with it's head cut off looking for a pen and scrap of paper. Receipts, index cards and magazines: nothing was safe from her scribbles. But these 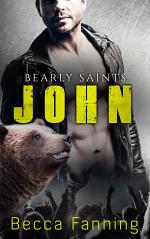 Authors: Becca Fanning
Categories: Fiction
Meg Baker wanted for nothing growing up. The best schools: she attended them. The best instructors: she learned from them. The best talents as a violinist: she was born with them. A pampered life of chauffeurs and private jets. So why was she now on the run, trying to hide 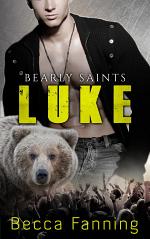 Authors: Becca Fanning
Categories: Fiction
Candace Chance was having the worst night of her life. Of course, with a name like that, did she ever have a shot? Yet another thing she could thank her mother for, but at this point she had other things on her mind. Like the freezing cold rain, the soggy