a turbine engine aircraft with a high-pitched engine sound, both pilots and OSCARs wore tight-fitting flight helmets, and more times than not, I did not hear AK-47 ground fire. There were generally three ways I knew I was taking fire: 1 ...

• “Dave Porter’s vivid description of the life and experiences of an aerial scout during some of our toughest battles in South Vietnam is a ‘must read’ for both old and young soldiers alike. A scout pilot and his aerial observer were ‘up close and personal’ with their enemy on a daily basis and only survived due to their skill and repetitive training. No one could tell their story better than ‘Dave’ a young cavalry lieutenant who flew the missions under the canopy and lived and felt all of the emotions that come with face-to-face combat.”—Horace B. Taylor, Lieutenant General, U.S. Army (Retired) • “This gripping account of the mundane boredom and high anxiety of an Aerial Scouts’ tour in Vietnam keeps you glued to your seat as he shares his tour in-country. It contains riveting stories of inflight emergencies, emergency landings and coping with the loss of fellow Aviators, including the emotional homecoming reception—courtesy of the Californian war protesters—and reunification with his family upon his return to America.”—Gerald E. Klein, Command Sergeant Major, U.S. Army (Retired) • “The bravest, toughest and most tenacious warriors I knew in the Vietnam War were Air Cavalry Scouts. My experience in an air cavalry troop parallels Dave Porter’s in enough ways to know that those whom he led (as well as Dave himself) measured up to those very high standards. I also know the author well enough to know that his accounts are accurate, and, perhaps even understated. An extremely high number of battles in Vietnam started with an air cavalry scout being shot down or hit while performing the toughest reconnaissance missions given. It is hard to imagine just how much pressure and pain those warriors endured. This important book begins to reveal just what warriors those Air Cavalrymen were.”—Paul E Funk, LTG US Army (Ret), president and CEO, The National Mounted Warfare Foundation • “A riveting account of an Aerial Scout serving with the 11th Armored Cavalry Regiment in Vietnam in 1969. This writing gives us a vivid picture of the challenges facing a young officer as he established his credentials as a true professional in our armed forces. The period discussed in the book describes the building of the foundation for Dave’s professional life. The reader will be pleased to know that he continued to serve our Army. Dave Porter enjoyed a long and distinguished career as an Armored Cavalry Officer. He was always leading from the front and caring for the soldiers and families in his charge.”—Joseph R. Inge, Lieutenant General, U.S. Army (Retired) As a first lieutenant in the 11th Armored Cavalry Regiment, U.S. Army pilot David Porter was section leader in an Aerial Scout platoon in Vietnam. Their mission was to conduct reconnaissance in OH-6 aircraft (a.k.a. Light Observation Helicopter or “Loach”) near the Cambodian border. Finding and engaging the enemy at low altitude in coordination with an AH-1 Cobra gunship circling above, these units developed a remarkable method of fighting the Viet Cong: Hunter-Killer Operations. The tactic had great local success but died with the war. Few today are aware of the hazards these pilots faced during times of intense combat. Porter’s vivid memoir recounts the internal workings of a legendary air cavalry troop, in-the-cockpit combat actions, and the men who were key players on this perilous battleground. 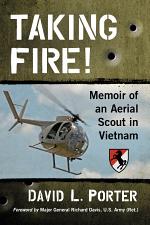 Authors: David L. Porter
Categories: History
• “Dave Porter’s vivid description of the life and experiences of an aerial scout during some of our toughest battles in South Vietnam is a ‘must read’ for both old and young soldiers alike. A scout pilot and his aerial observer were ‘up close and personal’ with their enemy on 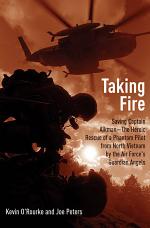 Authors: Kevin O'Rourke, Joe Peters
Categories: History
This gripping chronicle of an aerial rescue during the Vietnam War offers a vivid example of the heroism of US Air Force pararescue jumpers. In June of 1972, Capt. Lynn Aikman was returning from a bombing mission over North Vietnam when his F-4 Phantom was shot down. He and his 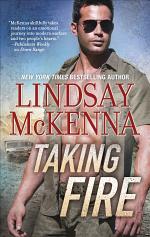 Authors: Lindsay McKenna
Categories: Fiction
She dances on the edge of life…and death Not all are meant to walk in the light. Marine Corps Sergeant Khat Shinwari lives among the shadows of the rocky Afghanistan mountains, a Shadow Warrior by name and by nature. She works alone, undercover and undetected—until a small team of US 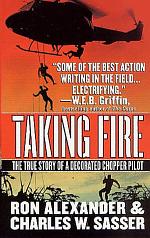 Authors: Ron Alexander, Charles W. Sasser
Categories: Biography & Autobiography
Nicknamed "Mini-Man" for his diminutive stature, a mere five-foot-three and 125 pounds in his flight boots, chopper pilot Ron Alexander proved to be a giant in the eyes of the men he rescued from the jungles and paddies of Vietnam. With an unswerving concern for every American soldier trapped by 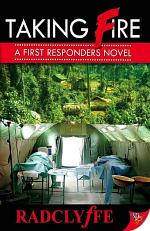 Authors: Radclyffe
Categories: Fiction
After two years and too many lost troops, Navy medic Max de Milles is ready to go home. Her last tour is up in four days and she will soon be catching a transport to the States. Life is looking good until she gets detailed to evacuate a humanitarian group