This groundbreaking, five-volume series offers a comprehensive, fully illustrated history of Egypt and Western Asia (the Levant, Anatolia, Mesopotamia, and Iran), from the emergence of complex states to the conquest of Alexander the Great. Written by a diverse, international team of leading scholars whose expertise brings to life the people, places, and times of the remote past, the volumes in this series focus firmly on the political and social histories of the states and communities of the ancient Near East. Individual chapters present the key textual and material sources underpinning the historical reconstruction, paying particular attention to the most recent archaeological finds and their impact on our historical understanding of the periods surveyed. The second volume covers broadly the first half of the second millennium BC or in archaeological terms, the Middle Bronze Age. Eleven chapters present the history of the Near East, beginning with the First Intermediate Period and Middle Kingdom Egypt and the Mesopotamian kingdoms of Ur (Third Dynasty), Isin and Larsa. The complex mosaic of competing states that arose between the Eastern Mediterranean, the Anatolian highlands and the Zagros mountains of Iran are all treated, culminating in an examination of the kingdom of Babylon founded by Hammurabi and maintained by his successors. Beyond the narrative history of each region considered, the volume treats a wide range of critical topics, including the absolute chronology; state formation and disintegration; the role of kingship, cult practice and material culture in the creation and maintenance of social hierarchies; and long-distance trade-both terrestrial and maritime-as a vital factor in the creation of social, political and economic networks that bridged deserts, oceans, and mountain ranges, binding together the extraordinarily diverse peoples and polities of Sub-Saharan Africa, the Near East, and Central Asia. 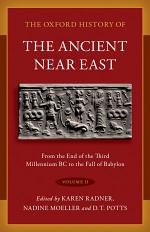 The Oxford History of the Ancient Near East: Volume II

Authors: Karen Radner, Nadine Moeller, D. T. Potts
Categories: Social Science
This groundbreaking, five-volume series offers a comprehensive, fully illustrated history of Egypt and Western Asia (the Levant, Anatolia, Mesopotamia, and Iran), from the emergence of complex states to the conquest of Alexander the Great. Written by a diverse, international team of leading scholars whose expertise brings to life the people, 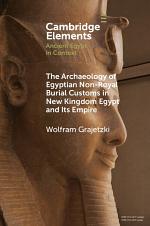 Authors: Wolfram Grajetzki
Categories: History
This Element provides a new evaluation of burial customs in New Kingdom Egypt, from about 1550 to 1077 BC, with an emphasis on burials of the wider population. It also covers the regions then under Egyptian control: the Southern Levant and the area of Nubia as far as the Fourth 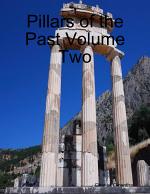 Pillars of the Past Volume Two

Authors: Charles Ginenthal
Categories: History
Pillars of the Past, Vol. II, continues and enlarges the analysis that began in the previous volume. Here we surprisingly discover that astronomy ties the Old Babylonians directly to Persian times. Furthermore, the astronomical basis for dating the Neo-Assyrians also places them in the Persian Era along with several other 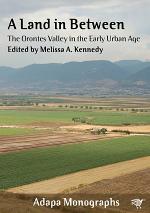 A Land in Between

Authors: Melissa Kennedy
Categories: Social Science
The Orontes Valley in western Syria is a land ‘in between’, positioned between the small trading centres of the coast and the huge urban agglomerations of the Euphrates Valley and the Syro-Mesopotamian plains beyond. As such, it provides a critical missing link in our understanding of the archaeology of this

The Enigma of the Hyksos Vol. II

Authors: Anna-Latifa Mourad
Categories: Social Science
Egypt's New Kingdom emerged from a period of regionalisation, when local communities had developed according to different trajectories that gave rise to diverse socio-cultural transformations. Dynamic and multifaceted, these processes involved a range of internal and external forces, some of which were influenced by cultural encounters. Indeed, those with the