We were in the mids of 2019 when we decided to organize a young researchers conference as the most important transnational event, subsequent to the inauguration of the UNESCO Chair of Culture Policy and Cultural Diplomacy of Istanbul Bilgi University established in 2018, held together with the chairs working in the same field. While deciding on the method, content, and form of participation of the conference we consulted with UNESCO chairs, with which we have been in cooperation for a long time. As a result, we decided to invite “young” researchers who are in the early stages of their academic career, irrespective of their age, and who have had their master’s degree and/or conducting doctoral studies. Our purpose was to ensure that they would start a dialogue with their colleagues in similar statuses and benefit from the comments of reviewers having experience in the profession, through the assessment of their presentations. We wished the conference that we planned to last two days to address the main themes of cultural policy. Hence, we projected holding of five sessions on the themes of “Culture as Agent in International Relations,” “Managing and Sharing Cultural Heritage,” “Cities: New Actors of Cultural Policy,” “Cultural Industries: Film as a Case,” and “Culture and Arts in all Their Forms.” Our call for applications has been welcomed with considerable interest. At that time, another thing happened as well. We wanted those young researchers would meet face-to-face, get to know each other, and exchange their views outside of the conference. However, the pandemic broke out and we were faced with the choices of postponing the conference or acknowledging to hold it online, due to travel prohibitions and lockdowns. As a result, the second alternative prevailed to maintain the excitement of the studies of the researchers. Our conference was held online, while Covid-19 was reigning with all its severity, on 21-22 August 2020. At the conference, papers of a total of eighteen researchers in charge at universities or working professionally in the sector in four continents took place. The fact that almost all of the researchers included the original features of the practice, which emerged from the theoretical literature in different subfields of cultural policy, but which they followed closely or were a part of directly, in their analyzes, was attention inviting. At the same time, it was possible to see in the presentations the traces of the (mostly negative) impacts of the international political environment, which continues with tensions, hot or cold conflicts, and inequalities, in addition to the oppressive political environment prevailing in the countries of today, on cultural policy. On the other hand, the lack of presentation and discussion of enough examples concerning cultural policies at the city scale was noteworthy. However, the quest of the young ones working in these disciplines, for new concepts and different methodological approaches, was extremely clear. 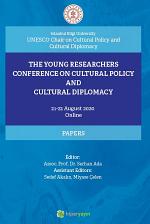 Authors: Assoc. Prof. Dr. Serhan ADA
Categories: Reference
We were in the mids of 2019 when we decided to organize a young researchers conference as the most important transnational event, subsequent to the inauguration of the UNESCO Chair of Culture Policy and Cultural Diplomacy of Istanbul Bilgi University established in 2018, held together with the chairs working in 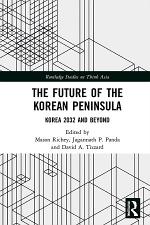 The Future of the Korean Peninsula

Authors: Mason Richey, Jagannath P. Panda, David A. Tizzard
Categories: Social Science
This book considers both Koreas - North Korea and South Korea - to examine possible pathways for the years leading up to 2032 and beyond, thus offering a composite picture of Korea and its strategic relevance in Asia and the world at large. Through a combined South-North Olympic team and 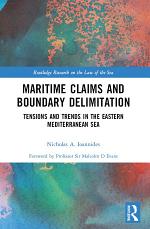 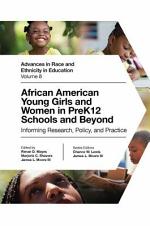 African American Young Girls and Women in PreK12 Schools and Beyond

Marriages, Families, and Relationships: Making Choices in a Diverse Society