IN THIS SERIES by DAVID WEBER HONOR HARRINGTON On Basilisk Station The Honor of the Queen The Short Victorious War Field of Dishonor Flag in Exile Honor Among Enemies In Enemy Hands Echoes of Honor Ashes of Victory War of Honor Crown of ...

FIRST NEW HONOR HARRINGTON NOVEL IN FIVE YEARS! New York Times, USA Today, Wall Street Journal and international best-selling phenomenon David Weber delivers book #19 in the multiple New York Times best-selling Honor Harrington series, the first new Honor Harrington novel since 2013's Shadow of Freedom. HONOR'S FINISHING WHAT SHE STARTED The Solarian League's navy counts its superdreadnoughts by the thousands. Not even its own government knows how enormous its economy truly is. And for hundreds of years, the League has borne the banner of human civilization, been the ideal to which humanity aspires in its diaspora across the galaxy. But the bureaucrats known as the "Mandarins," who rule today's League, are not the men and women who founded it so long ago. They are corrupt, venal, accountable to no one . . . and they've decided the upstart Star Kingdom of Manticore must be destroyed. Honor Harrington has worn the Star Kingdom's uniform for half a century and served her monarch and her people well. In the course of those years, the woman the newsies call the Salamander has grown from a tactically brilliant but politically naïve junior officer to supreme fleet command and a seat on the highest military and political councils of the Grand Alliance. Very few people know war the way Honor Harrington does. Very few have lost as many men and women, as many friends, as much family, as she has. Yet despite that, hers has been a voice of caution. She knows the Mandarins and the Solarian League Navy are growing increasingly desperate as the truth of their technological inferiority sinks home, but she also knows the sheer size of the League. And she knows how its citizens will react if the Grand Alliance takes the war to the League, attacks its star systems, destroys its infrastructure . . . kills its civilians. Today's victory, bought on those terms, can only guarantee a future war of revenge against a resurgent Solarian League and its navy. Honor knows the Grand Alliance must find a victory that doesn't require incursions deep into Solarian space, doesn't leave a legacy of bottomless hatred, and the strategy she supports has been working. The League is sliding towards inglorious defeat as it steadily loses ground in the Protectorates and the Verge. As its central government teeters towards bankruptcy and even some of its core systems opt to secede in the face of the Mandarins' corruption. As the Solarian Navy finally realizes it cannot face an Alliance battle fleet and win. But the Mandarins have embraced a desperate new strategy, and in pursuit of that strategy, the SLN has committed atrocities such as the galaxy has not known in a thousand years. The League have violated its own Eridani Edict against mass civilian casualties, violated the Deneb Accords prohibition on war crimes. And they have finally killed too many of the people Honor Harrington loves. Hers is the voice of caution and compromise no longer, and the galaxy is about to see something it has never imagined. The Salamander is coming for the Solarian League, and Hell is coming in her wake. At the publisher's request, this title is sold without DRM (Digital Rights Management). About Uncompromising Honor: “…a balanced mix of interstellar intrigue, counterespionage, and epic fleet action…with all the hard- and software details and tactical proficiency that Weber delivers like no one else; along with a large cast of well-developed, believable characters, giving each clash of fleets emotional weight.”—Booklist “. . . moves. . . as inexorably as the Star Kingdom’s Grand Fleet, commanded by series protagonist Honor Harrington. . . . Weber is the Tom Clancy of science fiction. . . . His fans will relish this latest installment. . . .”—Publishers Weekly About Shadow of Freedom, #18 in the Honor Harrington series: “This entry is just as exciting as Weber’s initial offering. . . .The result is a fast-paced and action-packed story that follows [our characters] as they move from reaction to command of the situation. Weber builds Shadow of Freedom to an exciting and unexpected climax.”—Daily News of Galveston About Mission of Honor, #13 in the Honor Harrington series: “Weber combines realistic, engaging characters with intelligent technological projection and a deep understanding of military bureaucracy in this long-awaited Honor Harrington novel…Fans of this venerable space opera will rejoice to see Honor back in action.”–Publishers Weekly “This latest Honor Harrington novel brings the saga to another crucial turning point…Readers may feel confident that they will be Honored many more times and enjoy it every time.”–Booklist About David Weber and the Honor Harrington series: “. . .everything you could want in a heroine …. Excellent … plenty of action.”–Science Fiction Age “Brilliant! Brilliant! Brilliant!”–Anne McCaffrey “Compelling combat combined with engaging characters for a great space opera adventure.”–Locus “Weber combines realistic, engaging characters with intelligent technological projection . . . Fans of this venerable space opera will rejoice . . .”–Publishers Weekly Honor Harrington Main Series: On Basilisk Station The Honor of the Queen The Short Victorious War Field of Dishonor Flag in Exile Honor Among Enemies In Enemy Hands Echoes of Honor Ashes of Victory War of Honor The Shadow of Saganami At All Costs Storm from the Shadows Mission of Honor A Rising Thunder Shadow of Freedom Uncompromising Honor 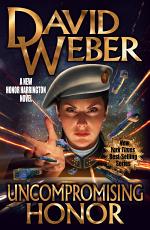 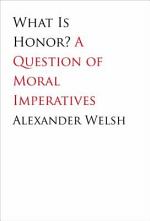 Authors: Alexander Welsh
Categories: Philosophy
"In this book Alexander Welsh considers the history and meaning of honor and dismisses the idea that we live in a post-honor culture. He notes that we have words other than honor, such as respect, self-respect, and personal identity, that show we do indeed care deeply continuing process of respect 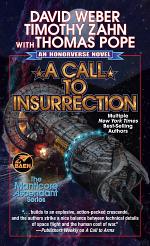 A Call to Insurrection 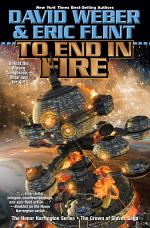 To End in Fire