Structural Racism and the Death Gap in America's Largest Cities Maureen R. Benjamins, Fernando G. De Maio ... So it is not a surprise that there is no simple and definitive explanation to what makes US cities unequal in their mortality ...

Across the United States, Blacks have shorter life expectancies than whites—reflecting structural racism and deep-rooted drivers of population health. But are some cities more equal than others? The elimination of racial and ethnic inequities—differences that are avoidable, unnecessary, and unfair—has been one of the overarching health-related goals of the United States for decades. Yet dramatic differences in health outcomes between Blacks and whites persist, rooted in structural and social determinants of health. Nationally, a Black baby can expect to live four years less than a white baby. But mortality outcomes and inequities vary widely across cities. In Washington, DC, for example, the average life expectancy for Blacks is twelve years less than that of whites. But in other cities, mortality differences between races are less striking or nonexistent. If health equity can be achieved in some cities, why not all? This is arguably the most important health equity issue of our time. In Unequal Cities, Maureen R. Benjamins and Fernando G. De Maio gather a team of experts to explore these racial inequities, as well as the ten-year gap in life expectancy between our healthiest and unhealthiest big cities. Rigorous analyses give readers access to previously unavailable data on life expectancy, mortality from leading causes of death, and related Black-white inequities for the country's 30 biggest cities. The theoretically grounded essays also explore how characteristics of cities, including their levels of income inequality and racial segregation, impact overall health and Black-white inequities. The first book to specifically examine racial health inequities within and across US cities, Unequal Cities offers a social justice framework for addressing the newly identified inequities, as well as specific case studies to help public health advocates, civic leaders, and other stakeholders envision the steps needed to improve their cities' current health outcomes and achieve racial equity. A powerful call to action for health equity advocates and city leaders alike, this book is essential reading. Contributors: David Ansell, Darlene Oliver Hightower, Jana Hirschtick, Sharon Homan, Ayesha Jaco, Emily LaFlamme, Brittney S. Lange-Maia, Kristin Monnard, Nikhil G. Prachand, Pamela T. Roesch, Michael Rozier, Nazia Saiyed, Eve Shapiro, Abigail Silva, Veenu Verma, the West Side United Metrics Working Group, Ruqaiijah Yearby 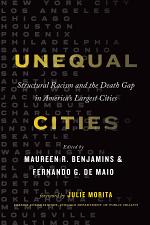 Authors: Maureen R. Benjamins, Fernando G. De Maio
Categories: Medical
Across the United States, Blacks have shorter life expectancies than whites—reflecting structural racism and deep-rooted drivers of population health. But are some cities more equal than others? The elimination of racial and ethnic inequities—differences that are avoidable, unnecessary, and unfair—has been one of the overarching health-related goals of the United 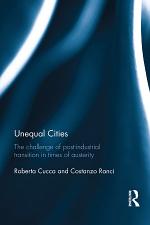 Authors: Roberta Cucca, Costanzo Ranci
Categories: Social Science
This seminal edited collection examines the impact of austerity and economic crisis on European cities. Whilst on the one hand the struggle for competitiveness has induced many European cities to invest in economic performance and attractiveness, on the other, national expenditure cuts and dominant neo-liberal paradigms have led many to 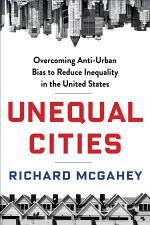 Authors: Richard McGahey
Categories: Business & Economics
Cities are central to prosperity: they are hubs of innovation and growth. However, the economic vitality of wealthy cities is marred by persistent and pervasive inequality—and deeply entrenched anti-urban policies and politics limit the options to address it. Structural racism, suburban subsidies, regional government fragmentation, the hostility of state legislatures, 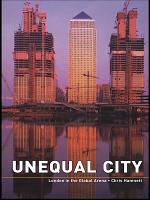 Authors: Chris Hamnett
Categories: Business & Economics
Unequal City examines some of the dramatic economic and social changes that have taken place in London over the last forty years. It describes how London's changing industrial structure, particularly the shift from an industrial to a services-based city, and the associated changes in occupational class structure and in the 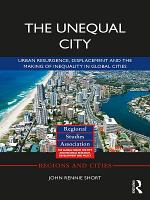 Authors: John Rennie Short
Categories: Business & Economics
Cities around the world have seen: an increase in population and capital investments in land and building; a shift in central city populations as the poor are forced out; and a radical restructuring of urban space. The Unequal City tells the story of urban change and acts as a comprehensive