“We. the. Media. has. become. something. of. u. bible. for. those who believe the online medium will change _]0UI'l'l0l|SlT1 for the better.” _H,_m,m.a,T,meS Big Media has lost its monopoly on the news, thanks to the Internet.

"We the Media, has become something of a bible for those who believe the online medium will change journalism for the better." -Financial Times Big Media has lost its monopoly on the news, thanks to the Internet. Now that it's possible to publish in real time to a worldwide audience, a new breed of grassroots journalists are taking the news into their own hands. Armed with laptops, cell phones, and digital cameras, these readers-turned-reporters are transforming the news from a lecture into a conversation. In We the Media, nationally acclaimed newspaper columnist and blogger Dan Gillmor tells the story of this emerging phenomenon and sheds light on this deep shift in how we make--and consume--the news. Gillmor shows how anyone can produce the news, using personal blogs, Internet chat groups, email, and a host of other tools. He sends a wake-up call tonewsmakers-politicians, business executives, celebrities-and the marketers and PR flacks who promote them. He explains how to successfully play by the rules of this new era and shift from "control" to "engagement." And he makes a strong case to his fell journalists that, in the face of a plethora of Internet-fueled news vehicles, they must change or become irrelevant. Journalism in the 21st century will be fundamentally different from the Big Media oligarchy that prevails today. We the Media casts light on the future of journalism, and invites us all to be part of it. Dan Gillmor is founder of Grassroots Media Inc., a project aimed at enabling grassroots journalism and expanding its reach. The company's first launch is Bayosphere.com, a site "of, by, and for the San Francisco Bay Area." Dan Gillmor is the founder of the Center for Citizen Media, a project to enable and expand reach of grassroots media. From 1994-2004, Gillmor was a columnist at the San Jose Mercury News, Silicon Valley's daily newspaper, and wrote a weblog for SiliconValley.com. He joined the Mercury News after six years with the Detroit Free Press. Before that, he was with the Kansas City Times and several newspapers in Vermont. He has won or shared in several regional and national journalism awards. Before becoming a journalist he played music professionally for seven years. 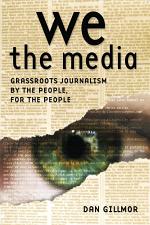 Authors: Dan Gillmor
Categories: Social Science
"We the Media, has become something of a bible for those who believe the online medium will change journalism for the better." -Financial Times Big Media has lost its monopoly on the news, thanks to the Internet. Now that it's possible to publish in real time to a worldwide audience, 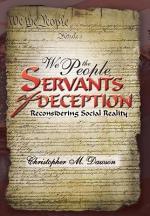 We the People, Servants of Deception

Authors: Christopher M. Dawson
Categories: Political Science
Using the principles and tools of sociology presented in his university course, Chris Dawson challenges the reader to reconsider the social reality of our society. This book exposes inconsistencies and deceptions in the conventional portrayal of America s experiment in democracy. His provocative social commentary explores the role of our 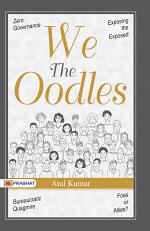 Authors: Atul Kumar
Categories: Political Science
Many years ago, the International Cricket Council and the world were told with irrefutable logic and mathematical proof that cricket was institutionally fixed. The authorities and others slept. A few years ago this was vindicated even through judicial process in the top Court of India. Everyone still remained in deep 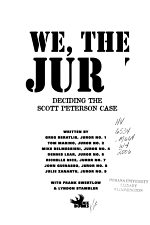 Authors: Greg Beratlis
Categories: Law
Seven of the twelve jurors who convicted Scott Peterson of murdering his wife and their unborn son reveal the struggles and conflicts they faced in reaching a verdict in the first major murder trial of the twenty-first century. 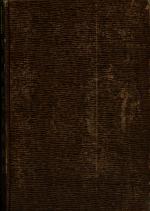