- Vinyl is back and in a big way; this book anticipates a continuing rise in interest- In a bold declaration of love for pre-digital music technology, pop culture historian Jennifer Otter Bickerdike celebrates the vinyl revival- Features interviews with 25 stars - Fatboy Slim, Lars Ulrich from Metallica, Henry Rollins, Portia Sabine and Tim Burgess among them"It's the ritual element of it. It's running your finger down the side of the record, trying to open the plastic wrap, and then pulling it out, seeing if there is an inner sleeve, hoping for a gatefold. Nowadays, you just walk over to your computer, you click three times, and you have 140,000 songs at your fingertips. Vinyl was just a different kind of thing - and it still is." - Lars Ulrich, Metallica In 2015, vinyl sales in the US increased by 30% - a raise for the tenth year in succession - and 1.29 million vinyl albums were sold in the UK in 2014, the first time the million mark has been surpassed since 1996. Vinyl, once thought to be a dying market, is now facing a major revival. Pop culture writer and historian Jennifer Otter Bickerdike interviews some of our most iconic artists, including hip-hop stars, Indie legends, DJs, producers, album cover designers, photographers, label founders and record store owners. Each superstar and superfan talks about their own experiences of vinyl and what it means to them, and the importance of its re-emergence - seemingly against all odds - as a physical format in the era of the digital economy. Why Vinyl Matters is part history, part future forecasting, part nostalgia and all celebration. A collection of more than 25 interviews, all illustrated with photos, sidebars, quotes, album covers, outtakes and much more. This is the book for anyone who has ever gone to the store and bought music on vinyl. Includes interviews with: Fatboy Slim; Tim Burgess (Charlatans); Henry Rollins (musician, actor, writer, comedian); Gaz Coombes (Supergrass); Lars Ulrich (Metallica); Maxi Jazz (Faithless); Rob da Bank (DJ and founder of Bestival); Clint Boone (Inspiral Carpets); Mike Ness (Social Distortion); Chief Xcel (Blackalicious); Cut Chemist (Jurassic 5); Fab 5 Freddy (hip hop pioneer, visual artist); Fat Mike (NOFX); Julia Ruzicka (Future of the Left); Steve Hackett (Genesis); Nick Hornby. 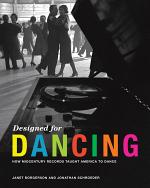 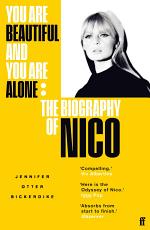 You Are Beautiful and You Are Alone

Authors: Jennifer Otter Bickerdike
Categories: Music
A redemptive, myth-shattering biography of one of the twentieth century's most underestimated creative and artistic forces. 'Here is the Odyssey of Nico . . . a scholarly and detailed chronicle of this brilliant artist, who was spurned and tortured for her trouble.' IGGY POP 'At last, a comprehensive and compelling 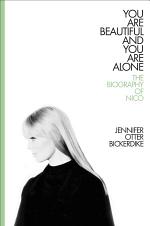 You Are Beautiful and You Are Alone

Authors: Jennifer Otter Bickerdike
Categories: Biography & Autobiography
A new, definitive biography of the iconic and mysterious singer, Warhol superstar, Velvet Underground collaborator: influential solo artist Nico. YOU ARE BEAUTIFUL AND YOU ARE ALONE is a new biography of Nico, the mysterious singer best known for her work with the Velvet Underground and her solo album Chelsea Girl. 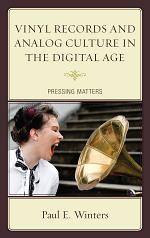 Vinyl Records and Analog Culture in the Digital Age

Authors: Paul E. Winters
Categories: Social Science
Analog Culture in the Digital Age: Pressing Matters examines the resurgence of vinyl record technologies in the twenty-first century and their place in the history of analog sound and the recording industry. It seeks to answer the questions: why has this supposedly outmoded format made a comeback in a digital